Safe space for LGTBTQ and Allies, and any discussions of kinks, sexual experiences, and musings. Absolutely no shaming allowed!

Gender Aestheses, Part 2: The "Man" Who Sold the World

Posted 9 Months ago by galbraith 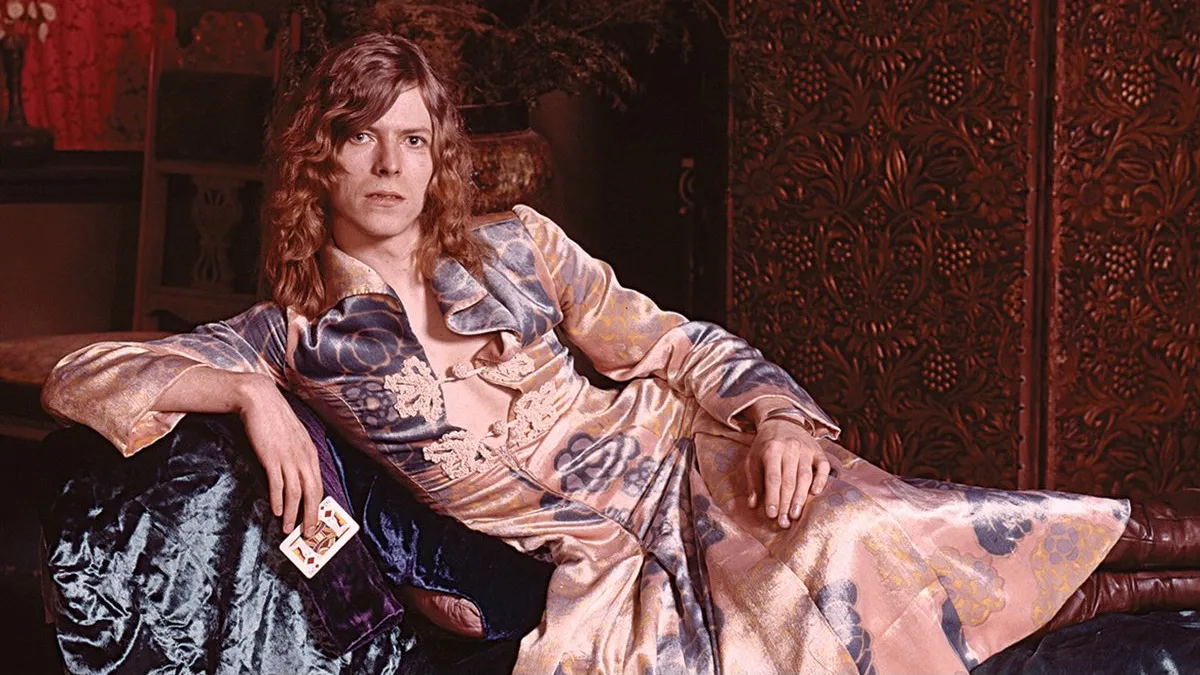 We passed upon the stair
We spoke of was and when
Although I wasn't there
He said I was his friend
Which came as some surprise
I spoke into his eyes, "I thought you died alone
A long long time ago"

Oh no, not me
I never lost control
You're face to face
With the man who sold the world

I laughed and shook his hand
And made my way back home
I searched for form and land
For years and years, I roamed
I gazed a gazely stare
At all the millions here
We must have died alone
A long long time ago

Who knows? Not me
We never lost control
You're face to face
With the man who sold the world

Have you ever been worn like someone elses' skin? I have. The process is often misunderstood; people tend to think of the power that they may gain from such a thing. In reality, it is not the individual that assumes the mantle and the power that comes with it. It is the persona which wears us in order to assume our individuality. 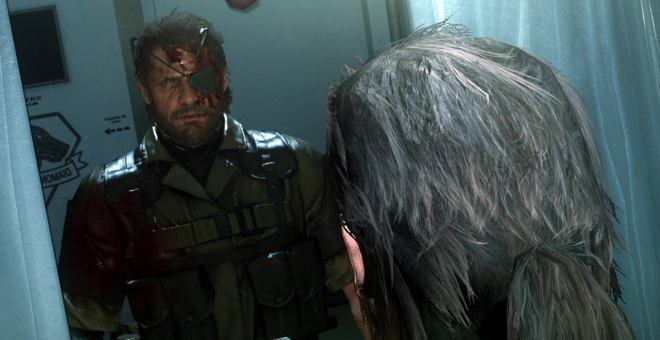 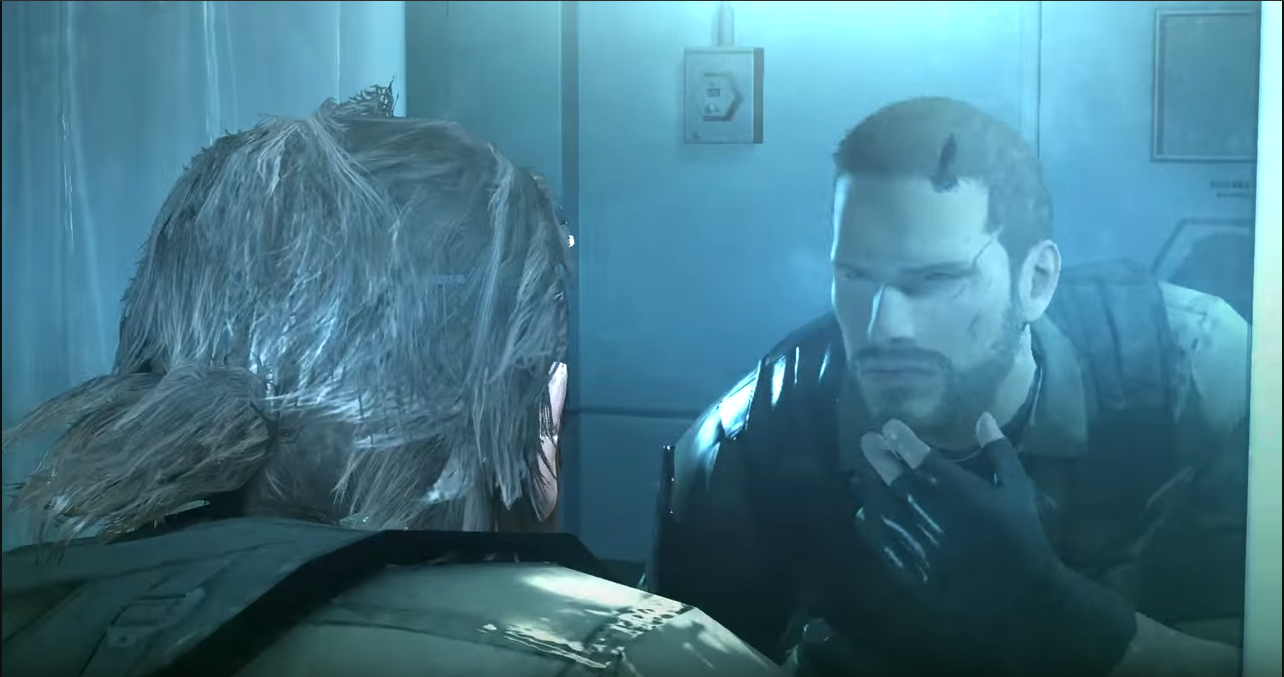 David Bowie was famous for this, among other things. Throughout his career, he inhabited several creations, several fictional individuals, and thereby used them to create an overarching saga of celebrity - one far more sophisticated in the address of fame and art and mysticism inherent to such stations than the majority of people who find themselves in such predicaments. In addition, some of the most iconic work that Bowie did ranged from vaguely queer to outright transgressive. Even as early as his third album, the one which "The Man Who Sold the World" serves as the title track of, we are confronted by an image of Bowie wearing a provocative blue dress, holding a red object casually in his hand - a playing card marked as a king of diamonds.

(The dress which Bowie wears here was designed by one Michael Fish. It is this real-world fashion designer that the author Michael Moorcock references as the tailor for his fictional character Jerry Cornelius, who was a transgender counterculture icon and one of many incarnations wearing the mantle of another one of Moorcock's creations, the Eternal Champion. Moorcock is based and redpilled.)

It is then unsurprising that the song, while enigmatic to the point that even one of Bowie's lovers who covered the song herself could not say what it was about, may lend itself to a queer interpretation. Specifically, it may have much to say about the superstructure of masculine gender as a mantling persona. While there are many internally valid interpretations of the song as a description of selling out or taking on a stage persona, these interpretations often do not satisfactorily address the queer aspect of Bowie's life and art. For that matter, my interpretation is not comprehensive either, and is focused on how this song interacts with my personal mythos. At some point, however, the gender performances that the vast majority of humanity participates in is selling out, and I think that this fact is ignored, purposefully or not, by a disproportionally large amount of people.

The first verse of the song likely calls back to an 1899 poem called "Antigonish" by William Hughes Mearns.

Yesterday, upon the stair,
I met a man who wasn't there!
He wasn't there again today,
Oh how I wish he'd go away!

While originally interpreted as a campy ghost story, the numinous implications of the narrative retain a compelling aspect even today. What it describes is the perception of an entity that is simultaneously entirely unreal and entirely characterizable. It is a persona: a superstructure of personal behaviors and presentations taken on by an individual. It is not the individual, but it is also not a single event involving the individual, or even a definite set of individuals or the events they participate in, but something far more fickle. It is a cultural narrative, a spook, something of no actual substance but which many claim to know. The true fear comes not from an interpretation of this ghost as a mysterious aspect of the external world but the recognition of it as an uninvited inhabitant of the internal world. To bring the substance of these innumerably growing interpretations into the self unexamined is spiritual cancer. It is simply "man", and its undefinable involutions unfold in the personage of the individual as absurdity.

When this ghost calls us his friend, is he telling the truth? I would hardly think so. How can you be a person's friend without knowing? There are no hard-set requirements for friendship - it is something created by mutual acknowledgement. The reciprocity is not present here. The narrator does not understand the asserted familiarity; they think that the man was laid to rest far previous to this encounter, that they have not known him. This is when the devastating realization comes in the form of the chorus (a music theory concept embodied by the participation of many in the recital of a recurring group-reinforced narrative), when the words of the ephemeral man are spoken in the voice of the narrator themselves (and, subsequently, the words of the charismatic performer are spoken in the voice of the enthusiastic auditor). This is the esoteric ritual of mantling: the wearing of an individual and a persona by each other, of "I" and "he" becoming "we". The necessary distinction between essence and existence is destroyed. We are ridden by these little gods, and the tongues in which we speak tell us that this chaos is control, that these multitudes are individuality. This possession, if not attended by the placatory ritual of introspection, neither humanizes the god or deifies the individual, but makes a demon of them both.

The song has been covered by hundreds of artists, which says something in and of itself. However, for my personal experience, none are as fundamentally important as the cover performed by Nirvana, as that is the one that I grew up listening to.

Interesting that the song originating from a person of ethereal gender-bending beauty and a pop legend of the highest order should be covered (and, some would argue, popularized by) this brash, grimy, rough-voiced frontman. But you likely already know that there's more to it than that.

Kurt Cobain's legacy didn't necessarily overshadow who he was as a person, but some parts of it have been left well enough alone in favor of endlessly playing his music on loop and collecting royalties without endangering the profits by preserving and promoting his actual ideals. Cobain, while he didn't have a comprehensive political manifesto, made what views he did have crystal clear. However, the zeitgeist seems to quietly elided the statements of a self-described extreme leftist, regardless of their power and prescience. I would hardly believe that there is a better time for a punk rocker to be talking about how Republicans are Satan and how Nazis should be killed - a stark reminder of the moral bankruptcy of the culture to which these things are legitimate responses. But equally as abandoned was Cobain's extreme queer and feminist advocacy.

Whether or not there can be 100% accuracy in the description of Cobain as someone attempting to convey the experience of gender dysphoria, non-binary gender or even a general transgender experience is academic. The things that we do know for certain are more than enough, and they require no charity in their interpretations.

Kurt talked about growing breasts. Kurt wore dresses. Kurt painted his nails. Kurt talked about being bisexual, and about being "gay in spirit" (and about how he thought for a long time that being gay was the solution to some discomfort that he had - who knows what he might have discovered if he had been given the tools to do so). Kurt talked about the problem of rape, and of the oppression of femininity, and of homophobia. The sickness of his body effected him deeply, and this is an obvious theme of his work. A crossdresser named Cali DeWitt, a friend to Kurt, was featured on the CD label for In Utero. What do these things mean? I will not smugly declare that these things add up to the conclusion that he was transgender. It is far more than enough to recognize that they were an individual.

As such, their treatment of a song about selling out to the "man" by another queer icon takes on additional weight. Who knows what interpretation they personally had? Their complex and troubled gender-expansive persona only adds to the mystery, and the soft-pillow-smothering of their gendered politics creates precedent against true in-depth analysis within the dominant narrative. Like they said, women are terribly oppressed. The adoption of femininity was punished in absurd fashion by the excision of their feminist voice. 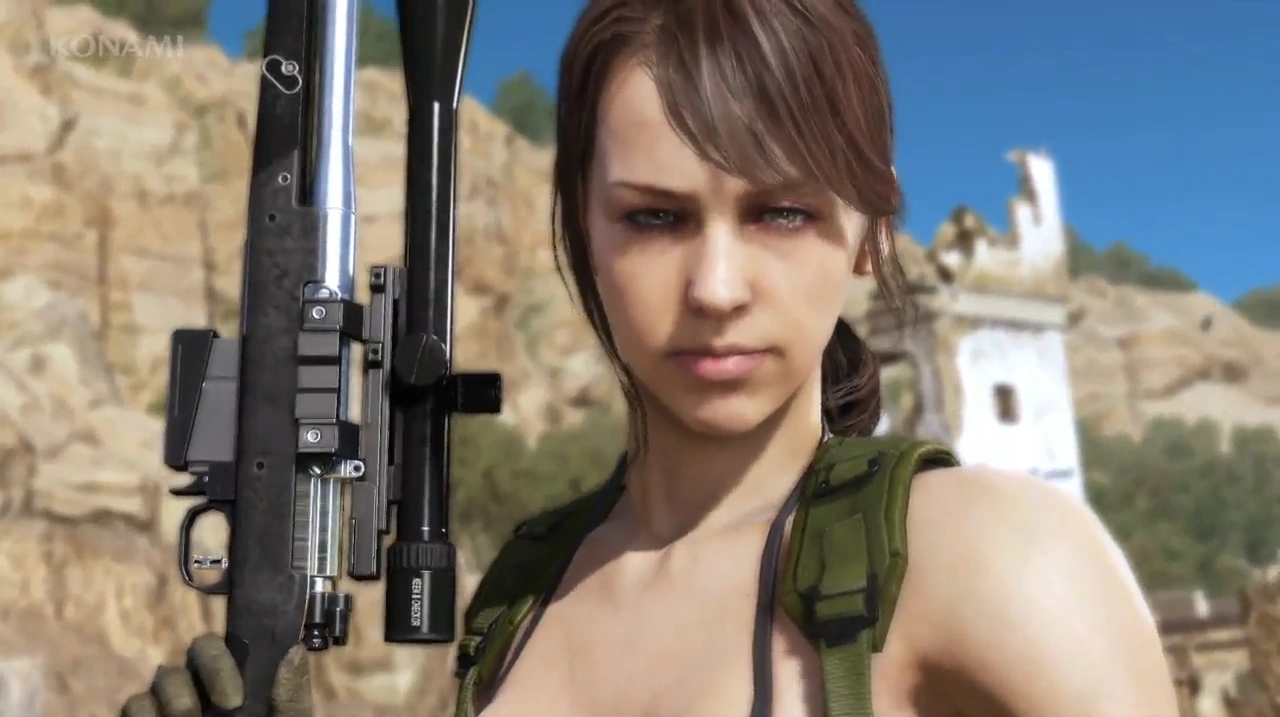 But I respect them, and I will not do them and this song further injustice by penetrating them with analysis. They have already spoken, it is only for us to listen. They are who they are.

And who am I? A person who does not recognize themselves in a mirror. A person who feels the phantom pain of limbs that I never had. A person who spent years trying to play a part, not realizing that there was no one definable "part", and sending myself to hell because of it. I have been a demon. But, in ways large and small, I am rejecting my horn. In time, I hope these icons convince me to not follow them, but to become like them: to become the god whose mantle I wear, and to become the mortal whose body I possess. To pick up the pieces of the broken mirror and put together a new form of life, one made in my own image. To buy back my world.