Poetry, short stories, song lyrics, what's your muse? What are you itching to share? â™Ą

Posted Over 8 Years ago by Castrael


Aragni thought of an awesome idea and I agreed to it. I'll be using a new format which is different from before. I'll be updating these either once a week or once a month. It'll be a new thread too.

Note: Be mindful of your spoilers. Use the hide tags

Halfway through No Country For Old Men by Cormac McCarthy. I'm surprised by how well-adapted the film is, since I can recall most of it being played out on screen; so I'm actually looking forward to rewatching it after I'm done with the book.

I'd like to try McCarthy's Blood Meridian again too. Last time I only got about a quarter of the way through before I felt a bit bogged down by it (though to be fair, it was during a period of my life where I couldn't muster up much energy or interest for any book). However I just bought J.K. Rowling's The Cuckoo's Calling yesterday (the crime novel she released under a pseudonym) so I may get started on that next. 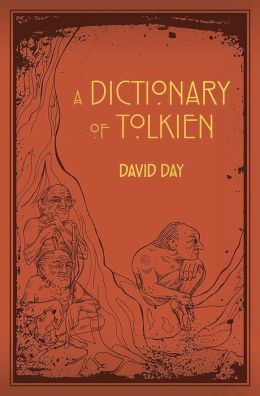 I really didn't need but I already love it. Title of Book: Eragon
Goal: To be done with it Wed, and start on its sequel.
Discuss: The prose for this could be have been a little better. It felt like every once in awhile he just used a random thesaurus words instead of what was using natural to him.
Review: Not a bad book, but it is hard to read at times.

I read Eragon when I was in like 3rd grade and I thought it was the best thing in the whole world. I couldn't stop myself from reading it. My parents got mad at me for staying up past my bed time. I didn't care, it was worth it.

Anyway, I never finished the series. I kind of want to now, after reading Aragni's post and having this bout of nostalgia. :P

Title: The Tempest by Shakespeare
Goal: whenever, maybe i'll finish it by tonight or tomorrow night
Discuss: "Full fathom five thy father lies; / Of his bones are coral made; / Those are pearls that were his eyes; / Nothing of him that doth fade, / But doth suffer a sea-change / Into something rich and strange."
Review: i'm only halfway through, but it's high quality 10/10 will read again

Finished No Country For Old Men. Loved it, especially the back-and-forth dialogue and Ed Tom's monologues. The final lines in it are amazing. I went back and rewatched the movie, and found a bigger appreciation for it than I had initially.

Onto The Cuckoo's Calling by J.K. Rowling now.

Title: #6 Mystic Wolves (Darkness Unleashed)
Goal: I finished it yesterday.
Discuss: There's too much dialogue, so I skipped most of the talking. A lot of it is in first person. I don't need to know what's going on in their head every five minutes. Give me action!
Review: The ending took me by surprise. I wanted to throw my iPad (Kindle app) across the room, haha.

Show Spoiler
I hate it when you fall in love with a character and a big huge plot twist happens. I can't wait to read the 7th book that's coming out in November.


@Aragni and KM8: I tried reading Eragon as well and I agree with Aragni. It is hard to read, especially when it was written by a 17 year old at the time. At least I think he was 17. It was alright. She does write great characters, but about three quarters of the way through I grew a bit tired of the "mystery", and finished the book mostly out of principle. Sorta figured out where it was going, so the ending wasn't a shocker for me. Thought her best character (Robin) was underutilised, but whenever she was involved it made the book much more enjoyable.

It was a decent crime story, but I can't say I'm interested in following up on the sequel.

Probably, but in that same respect, Spielberg's most likely already done his best work - that doesn't mean he should just stop directing films.

Rowling may not have the same connection to her works now as she did with HP (which took her 17 years to complete, worth noting) but J.K. obviously loves what she does, because she's written three novels since then and they've all been well-received. I don't think she should give up on that talent just because she's already written her magnum opus.

Well with that bank account she can take as long as she wants now!

I think Rowling has still got potential to write something big. She's the screenwriter for the upcoming HP film as well, so that's cool.

she even said it her self that she rushed the 5th book and wishes she didnt.


Are you sure? I remember her talking about being rushed to meet deadlines early on, but I don't remember an exact book. OotP always seemed universally loved, too (I definitely thought it was one of her best).

I finished Infinite Jest which took me just over a year (I got it the Christmas before last, lol). It’s great but could’ve been 200 pages shorter. Almost finished Hunt For Red October. Currently halfway through The French Lieutenant’s Woman. I want to read The Fountainhead and Atlas Shrugged next.

I'm glad this post is being bumped back up. I have a lot of books to get through.

Right now, I'm reading China Since Tiananmen, which is basically the political and intellectual debates throughout the 90's, as well as a focus on high-level leaders charting a new path of reform. Very good, but it's slowgoing and demands a lot of attention.

I've also been reading a RAND report, China and the International Order. I had it printed and bound. It's a very good resource, but kind of dry and not that enjoyable.

I also picked up a copy of Jane Eyre. Never read it before, and I'd like to read more old classics to improve my vocabulary building. It's pretty enjoyable though. It also gives me a break from a lot of books about Chinese politics.

What just arrived on my doorstep is China's New Governing Party Paradigm, which I was lucky to get for under 50 dollars. It should be a bit difficult, but according to my former supervisor, very important for understanding Chinese policymaking.

What just arrived on my doorstep is China's New Governing Party Paradigm, which I was lucky to get for under 50 dollars. It should be a bit difficult, but according to my former supervisor, very important for understanding Chinese policymaking.

Speaking of China, I recently read their Constitution. Pretty enlightening as well, especially for those of us who would probably collapse of somnia if we had to read China's New Governing Party Paradigm!